By gastroparesisdiet on Thursday, July 13, 2017 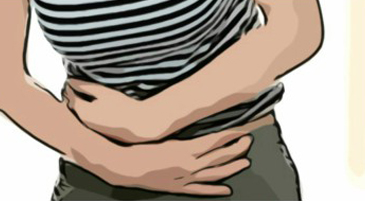 This is, hands down the most common question I get and to be quite frank, it’s not an easy one to answer. What we do know are the “most popular” causes of gastroparesis and some of the more rare cases. After all my years of research, I have learned what factors to watch out for and what additional diseases link to GP symptoms. Like I’ve mentioned before, I’m not a medical professional, but after countless conversations with a magnitude of doctors, I have discovered that I know more about the disease than 99% of the GI doctors I’ve talked to. 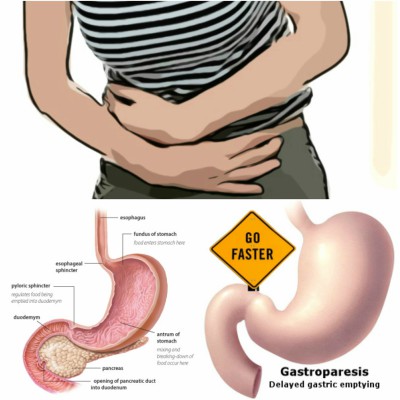 This may be the most common cause of gastroparesis because of the effect diabetes has on the nervous system and the vagus nerve is responsible for delaying gastric emptying. When the vagus nerve is damaged or stops working, the muscles of the stomach and intestines do not work normally, and the movement of the food is slowed or stopped.

Just as other types of neuropathy, diabetes can damage the vagus nerve if blood glucose levels remain high over a long period of time. High blood glucose causes chemical changes in the nerves and damages the blood vessels that carry oxygen and nutrients to the nerves.

Gastrointestinal or GI complications are commonly seen with anorexia, bulimia, and binge eating disorders. Each of the latter has slightly different connections to gastroparesis, so I’m going to explain a little bit about each.

Anorexia Nervosa (Restricting-Type): Prolonged food restriction causes muscular atrophy of the entire digestive tract. This leads to slow stomach emptying (GP) and is a direct cause of the trapped gas, bloating, and abdominal distention seen with anorexia.

Bulimia Nervosa: Purging can lead to a condition known as acute sialadenosis, in which the parotid glands become swollen and painful. This condition will cause an individual to have a characteristic “chipmunk-like” appearance. Acid reflux, an upper GI symptom, occurs due to repeated bouts of self-induced vomiting. The valve called a sphincter that controls the connection between the stomach and esophagus becomes floppy, allowing stomach acids and partially digested foods to back up through the esophagus and into the throat.

Binge Eating Disorder: Individuals who binge-eat tend to have erratic and irregular eating patterns around all meals, in turn causing a host of GI symptoms including constipation, gas, bloating, and diarrhea. Patients with anorexia who binge eat are at risk for acute gastric dilatation. This is due to slow gastric emptying and overeating large volumes in the face of weakened stomach musculature. The large quantity of food exceeds the stomach’s ability to empty which obstructs the blood flow to the stomach and intestines.

If the vagus nerve is injured by trauma or during surgery, gastric empyting may be reduced. Symptoms of postoperative gastroparesis may develop immediately, or months to years after a surgery is performed.

Some medications may cause delayed gastric emptying, mimicking the symptoms of gastroparesis. This is especially true and most common with narcotic pain medications, calcium channel blockers, and certain antidepressant medications. It’s always important to have a list of your medications when visiting a doctor regarding new symptoms. If you have recently developed GI symptoms after starting a new medication, it’s likely the cause and should be open for discussion to possibly find an alternative solution.

Roughly 70% of our immune system is in our digestive tract. Therefore, the GI tract is usually the first place in our bodies to be affected by symptoms.

Approximately 80% of idiopathic cases are women. Idiopathic means you have an unknown cause for a gastroparesis diagnosis. If you’ve been diagnosed with Idiopathic Gastroparesis and you don’t have one of the more common associated causes, I recommend you have your doctor or schedule an appointment with an Immunologist to be tested for an autoimmune disease. Personally, this was my experience. For years I was told that the cause of my gastroparesis was known by one set of doctors and another set of doctors were convinced I had an eating disorder. I may be thin, but I have never suffered from an eating disorder and found it very disrespectful. I continued to be my own advocate and eventually found an outstanding doctor that diagnosed me with two autoimmune diseases; MCAS and EDS. Gastroparesis is a symptom of MCAS.

Founder / Blogger at Gatroparesis Diet
After being diagnosis with gastroparesis during the summer of 2015, my entire outlook on how I needed to treat me body changed. Now that I've figured out a way to control my symptoms, I want to share what I know with as many people as possible. When I'm not blogging, I'm a lover of the arts and drive my power towards handling Client Relations for one of the world's top Street & Fine Art Photographers.

Latest posts by gastroparesisdiet (see all) 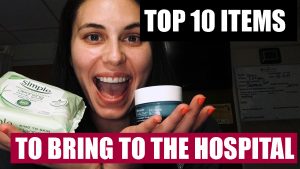 Top 10 Items To Bring To A Hospital Admission 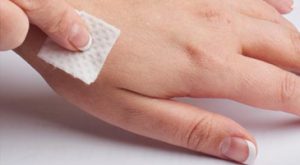 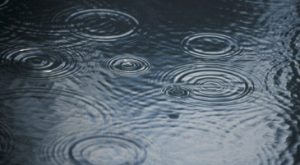 How To Sleep Better With GP 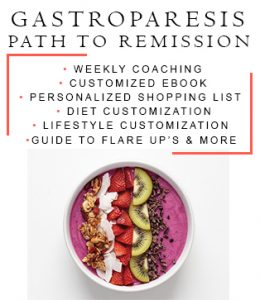 Weekly Readers Focus or WRF is a blog posted each Wednesday, dedicated to answering reader’s submitted questions regarding challenging issues they face with Gastroparesis.

Do you have a specific question or concern you’d like to have answered? If so, fill out the form below and I’ll personal notify you via email when your blog response is posted.

I found hope. I found relief. I found answers. I am now my own advocate. And now I’m here to share everything I know with you. It’s my mission to take the large population of gastroparesis and immunocompromised patients and turn them into educated and self-healing, healthy individuals that have control over their body and can once again enjoy the beautiful life you’ve been given.